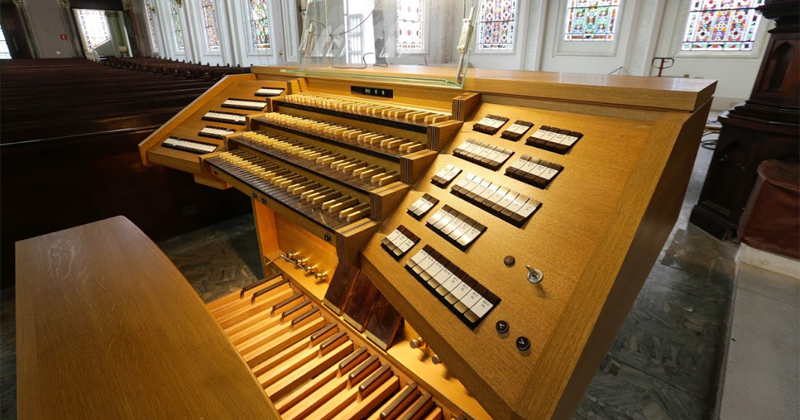 In order to mark the inauguration, a festival with special guests will be held between the months of March and June

USP and the Catedral Evangélica de São Paulo (São Paulo Evangelical Cathedral) will inaugurate on March 22 (next Friday) the new pipe organ granted by the University and installed in the headquarters of the religious institution in São Paulo.

For the grand opening, a special concert closed for guests. During the ceremony, Johann Sebastian Bach’s “Toccata and Fugue in D minor”, excerpts from “The Messiah” by G.F. Händel as well as “Symphony No. 3” by C. Saint-Saëns will be performed.

The concert will feature the Orquestra Sinfônica da USP (Osusp) “USP Symphonic Orchestra” and the Coro da Orquestra Sinfônica do Estado de São Paulo – Osesp (São Paulo State Symphonic Orchestra Choir), under the regency of Valentina Peleggi. The soloist is the organist and professor of the Music Department from the School of Arts and Communications (ECA), José Luis de Aquino.

On March 23 (Saturday), a new performance, with the same repertoire, will start the series of free concerts open to the public, which will be held every Friday, Saturday and Sunday, between March and June. The program includes the participation of special guests (see calendar below).

In order to attend this presentation, interested parties should reserve tickets at the venue, on March 18, during the afternoon. For the remaining performances, there will be no need to book tickets. The Cathedral is located at 136/152 Nestor Pestana Street, in the neighborhood of Consolação, in São Paulo. The place has a capacity of 650 seats.

The cession of the pipe organ from USP to the Evangelical Cathedral was formalized by an agreement signed in September 2017 between both institutions and the Mary Harriet Speers Foundation – responsible for the financial support for the project – aiming to support, encourage, assist, develop and promote culture, education and to make music more accessible and affordable to a larger portion of the poverty-stricken population.

The agreement covers the assembly, installation, use and maintenance of the organ. It also establishes the development and promotion of programs to foster music and music education.

In addition, the partnership with the School of Arts and Communications (ECA) will allow the development of didactic-academic activities between the students and professors from the Music Department of the School and, through them, between teachers and students linked to universities and music schools from the State of São Paulo. 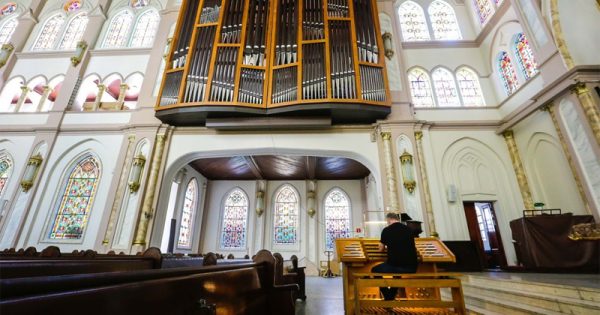 By the end of 2015, the University Council had approved the installation of the instrument in the Metropolitan Cathedral of São Paulo, in Praça da Sé (Sé Square), which was not carried out for technical reasons. In July 2017, the Council approved the assignment to the Evangelical Cathedral. 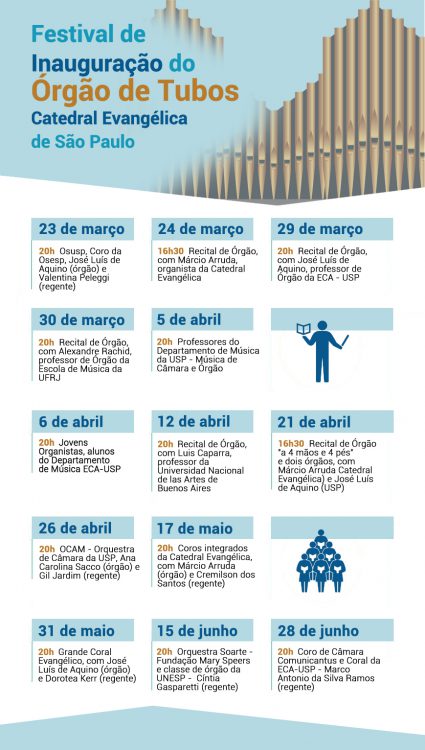